Workspaces and office environments in the U.S. have changed drastically over generations. Firmspace compiled information about the history and trends in workplace culture and real estate from experts and news sources. 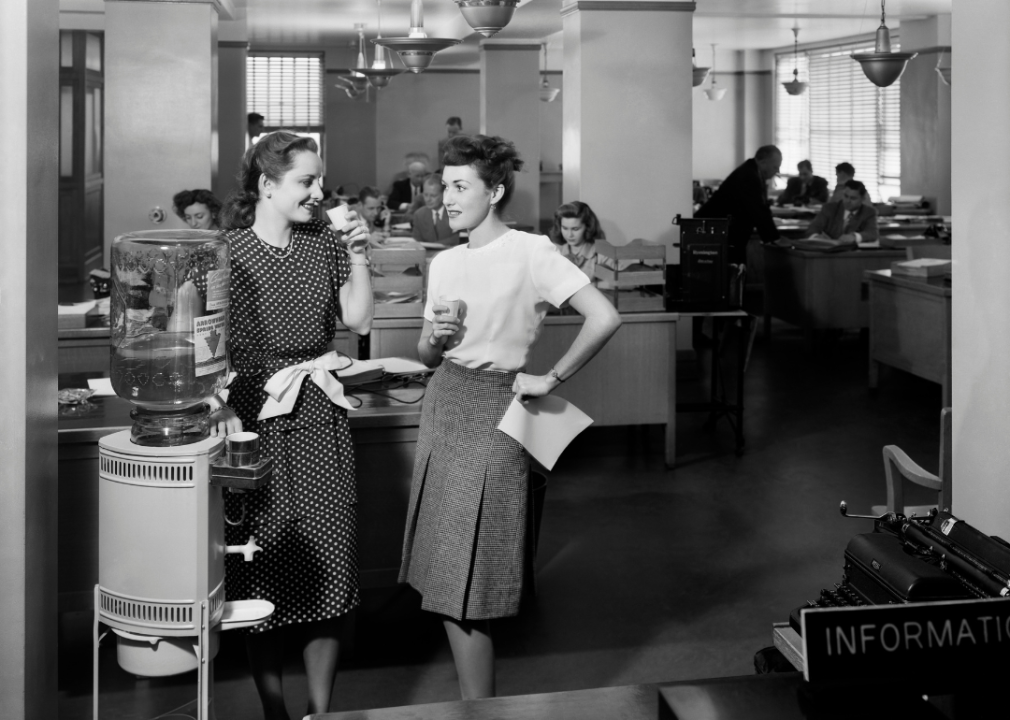 Today's workforce looks different from how it once looked. Women made up 47% of the workforce in 2019, compared to 42% in 1979, according to 2021 data from the Bureau of Labor Statistics. In the same time period, the nonwhite fraction of all American workers grew from 12% to 22%, and the Hispanic portion grew from 5% to 18%.

Firmspace compiled information about the history and trends in workplace culture and real estate from experts and news sources. The shifts haven't all been related to people. Workspace norms, cultures, and trends aren't linear and often overlap.

Open offices, for instance, have come and gone well before they become popularized (once again) in the 2010s. And the COVID-19 pandemic did not invent the idea of remote work—where and how people gathered to work has for years included on-sites, off-sites, and messaging apps. The topics here are examples of trends, rather than definitive beginnings and ends of them.

Read on to learn about 10 ways workspaces and office culture have evolved. 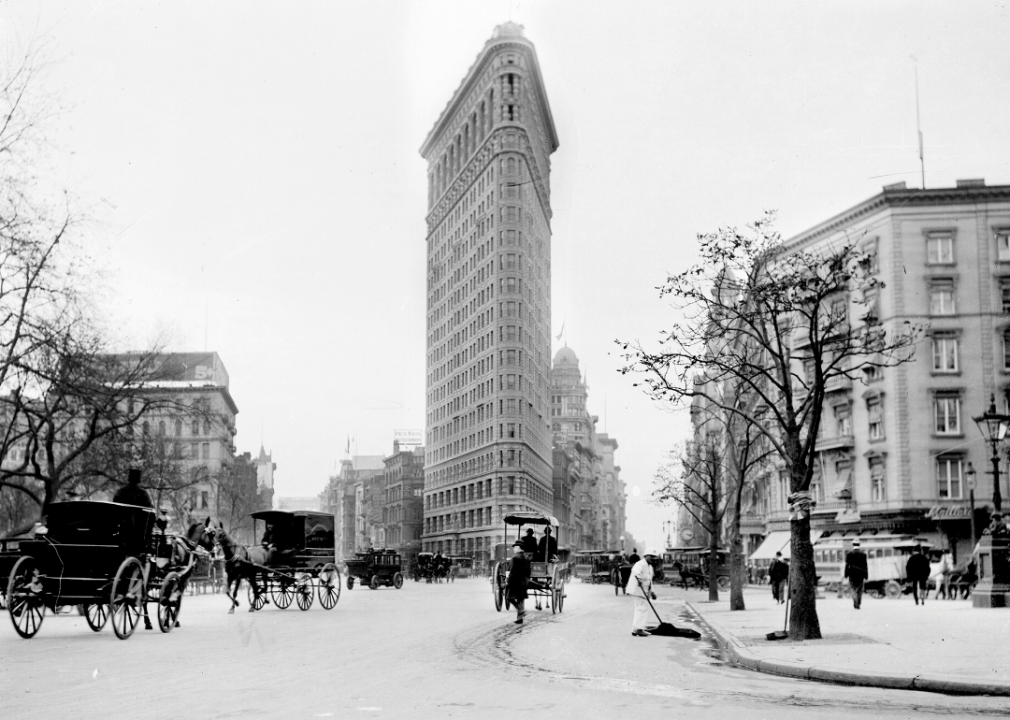 When George A. Fuller Construction Co. built New York City's iconic Flatiron Building in 1902, it was one of the city's tallest buildings. The 285-foot skyscraper was at the time more than 100 feet taller than the Home Insurance Building, which popped up in Chicago in 1885 at 138 feet and grew to 180 feet in 1890 after some additions. Yet today, it pales in comparison to the hundreds of buildings within the city's limits—including 17 that are more than 1,000 feet tall.

Chicago's Home Insurance Building differed due to its iron skeleton that was a departure from its wood or pure masonry predecessors. Designer William Le Baron Jenney, an engineer and former classmate of the designer of the Eiffel Tower, drummed up the idea of an iron skeleton building after seeing his wife place a heavy book on a small birdcage.

Women in the workforce 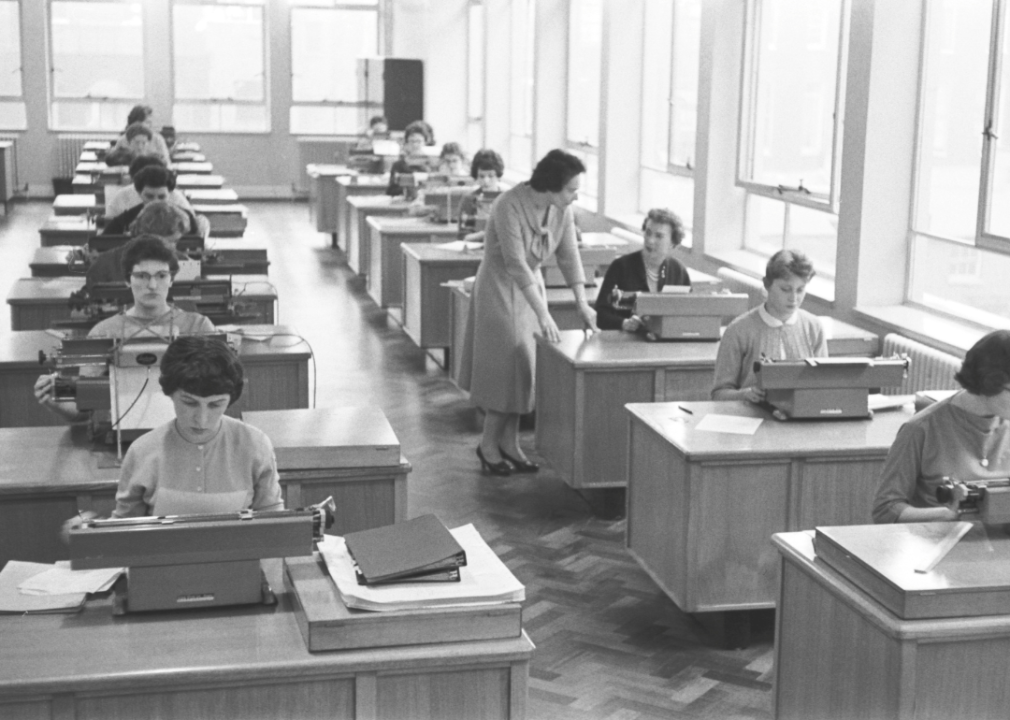 Women's place in the workforce has shifted several times throughout history. In the 18th and 19th centuries, family economics were influenced by what products that women could make to barter or sell, according to Harvard economist Claudia Goldin. This dwindled with the growth of more efficient manufacturing, and their economic prowess subsided for a time until the mid-20th century, when demand for clerical workers in offices led to an influx of married women joining the workforce. Goldin noted that married women entered the workforce in significant numbers from the 1930s to the 1950s, their rate rising from 10% to 25%.

A "quiet revolution" then occurred in the 1970s; women's participation in the labor force overall didn't rise much, but the percentage of working women with a child under 1 rose from 20% to 62%. 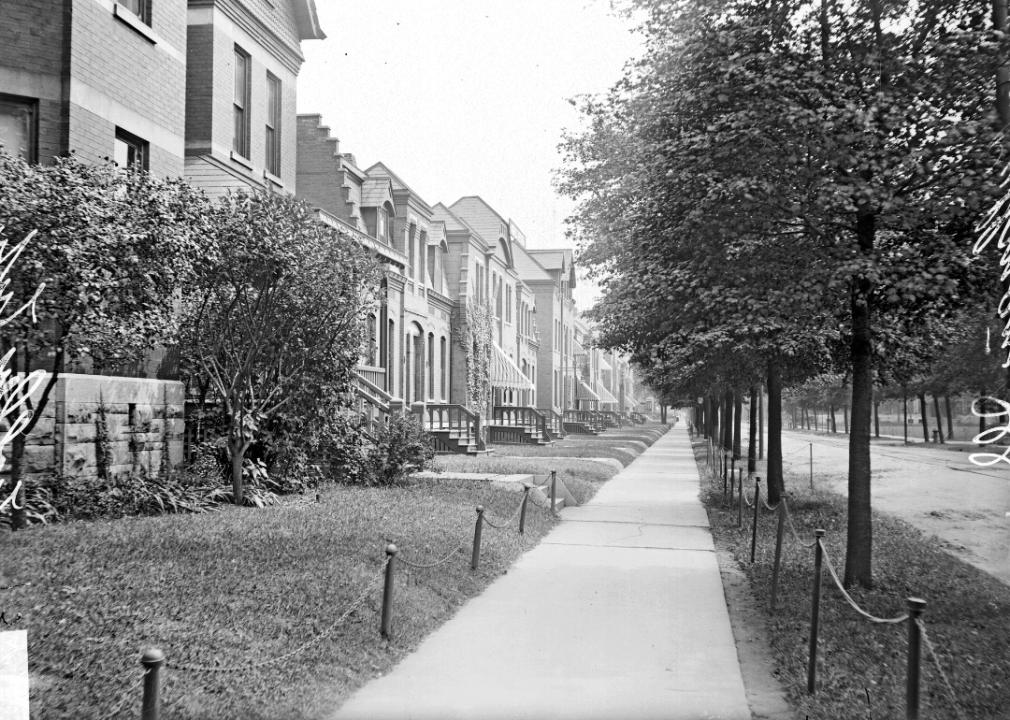 Extractive industries like coal, metal mines, and lumber were located far away from established towns in the late 18th century and early 19th century. Needing to provide for workers (and attract them), companies developed company towns, where they created and owned all the businesses and housing within them.

While some of these towns provided social infrastructure like parks and live music events, companies imposed inordinately high costs of living on their employee-residents. In one case, the Pullman Palace Car Company in Pullman, Illinois, cut wages while not cutting housing costs, which were already 25% higher than those in the surrounding area. This led to the employees striking and culminated in the Illinois Supreme Court deciding that Pullman must dissolve ownership of the town.

FDR's New Deal sealed the deal on the demise of American company towns. The administration raised minimum wages and pushed for company town owners to "consider the question of plans for eventual employee ownership of homes." 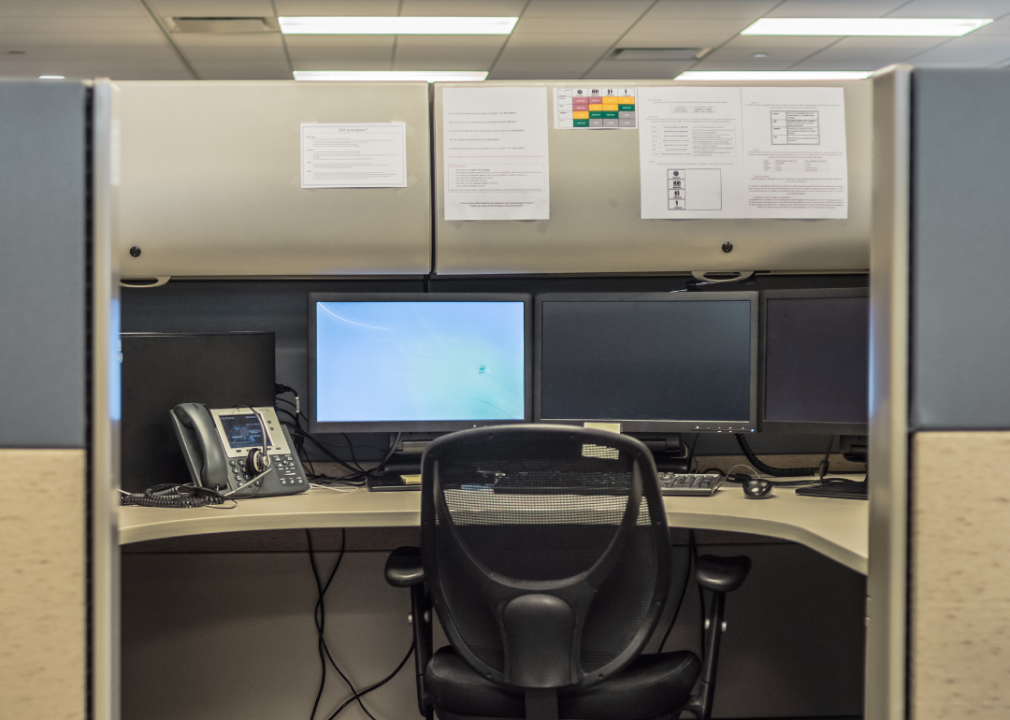 Cubicles were invented in 1964 by Robert Propst, a designer for Herman Miller, the well-known furniture design company. He wanted to improve the offices he was used to by designing one oriented around action: a large desk, a place to make calls, a vertical filing system, and partitions for workers to have privacy.

The idea flopped when introduced to the world in 1968, but cubicles found success a few years later when Herman Miller designed a cheaper, modular, easy-to-install version. Other furniture companies quickly followed suit. In the same decade, the U.S. Department of the Treasury made rules for depreciating assets, wherein furniture such as cubicles depreciated in seven years and permanent structures like walls depreciated in 39.5 years. With cubicles, businesses could recoup costs more quickly.

The modular system grew in popularity during the 1980s and 1990s. The cubicle industry was earning $3 billion per year by 2006. But before he died in 2000, inventor Propst had become disillusioned that his invention had turned into a "monolithic insanity"—so those who work in cube farms and complain about them are in good company.

Tattoos in the workplace 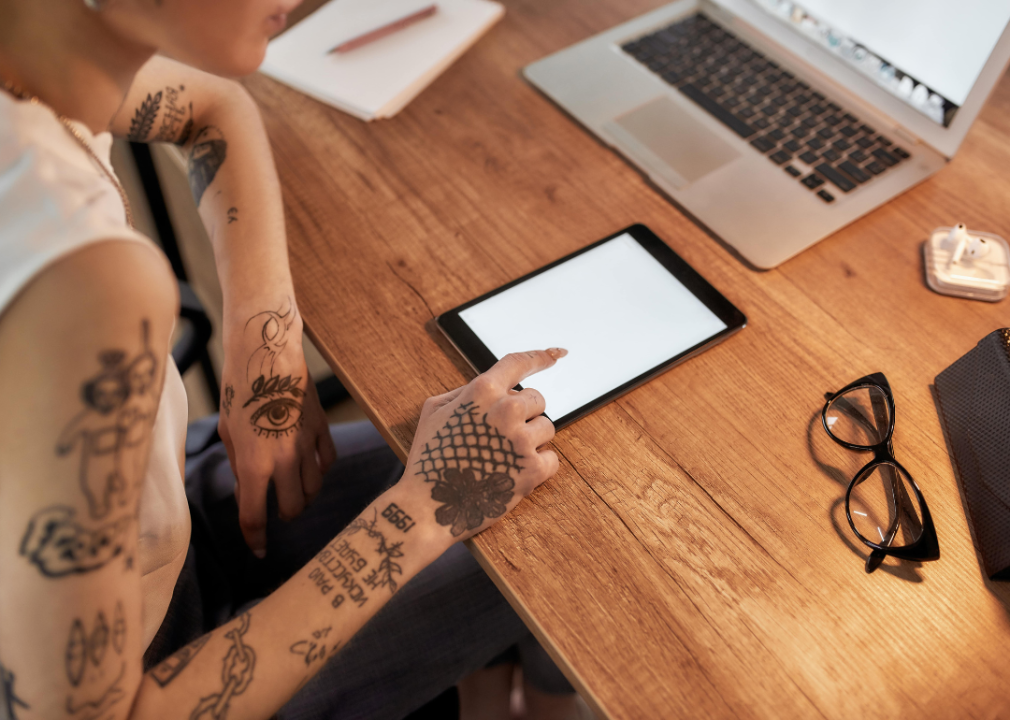 Tattoos are much more common in the workplace today than they were in the past. Outside of the office, they're more common today than ever—3 in 10 Americans had at least one tattoo in 2019, about a 10% increase since 2012, per Ipsos polling.

A 2018 University of Miami study of 2,000 workers found people with tattoos were no less likely to be employed than nontattooed people. The study found no significant correlation between body ink and earnings, meaning that tattoos didn't seem to necessarily take away a person's opportunity to find employment. Additionally, the study found two positive correlations: Men with tattoos were 7% more likely to have a job than men without them, and both men and women with tattoos worked more hours per week than their uninked counterparts. 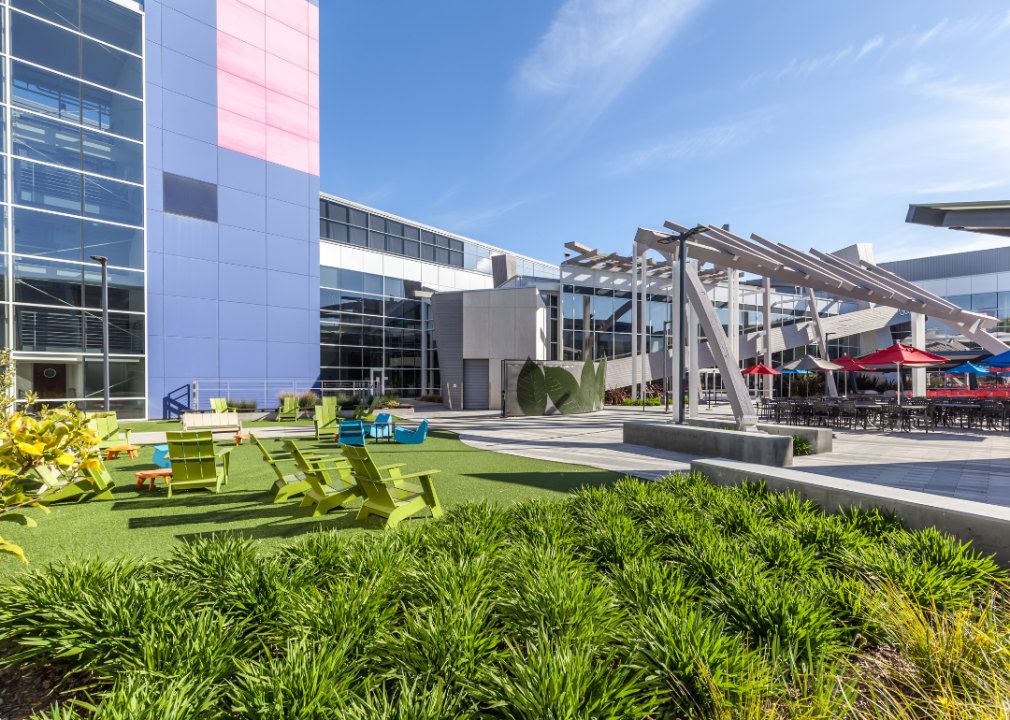 After the end of World War II, white middle-class Americans began migrating out of cities—which were perceived as dangerous, divided, and polluted—for greener, suburban pastures. Corporate campuses appealed to this group of people for reasons of safety, amenities, and green space—all only accessible by car.

The 21st-century corporate campus model is in some cases urban, but built vertically instead of with land expansion. And in Silicon Valley, such corporate campuses offer everything from commuter buses to on-site health care services along with free meals at the cafeteria and access to fitness and recreational facilities. 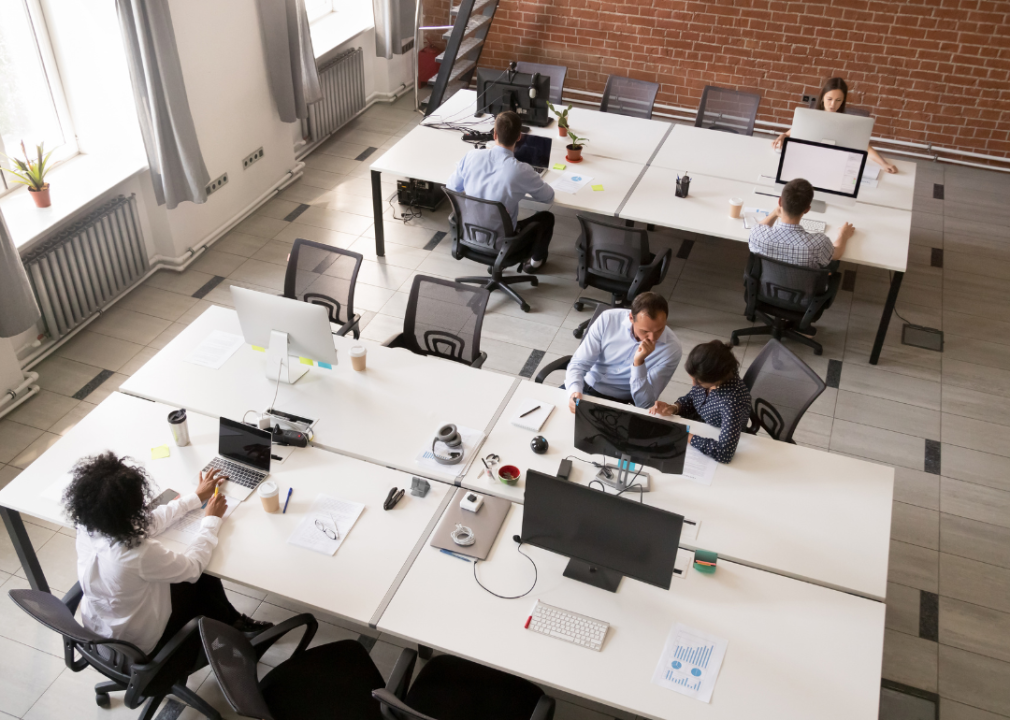 When people got sick of cube farms, open offices provided the perfect remedy: more team interaction, social in nature, and modern … right? Not exactly. In 2016, researchers at the University of Salford Manchester reviewed 300 papers and discovered that open office layouts significantly affected occupant productivity. The review recommended that "sound and acoustic strategies" in office design should be prioritized to increase the productivity of workers.

A 2018 study from Karlstad University found higher numbers of co-workers sharing an office led to less satisfaction among employees, who also felt it was more challenging to conduct positive communication with their coworkers. The study also found while open-plan offices may offer short-term financial benefits, benefits may be "substantially lower than the costs associated with decreased job satisfaction and wellbeing." 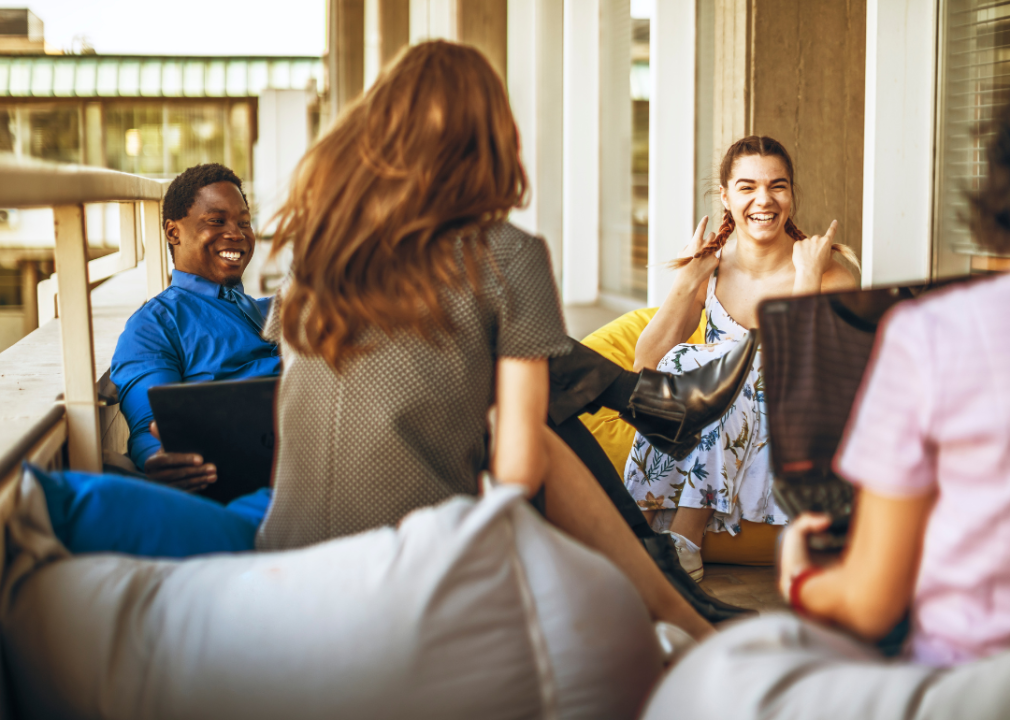 Corporate retreat centers have beckoned businesses to "off-site" with their employees for years. In the age of work-from-anywhere, the "off-site" still attracts employees, as businesses look for ways to bring together coworkers who don't work side by side. Other companies have cropped up to design retreats for remote workers.

In February, Salesforce launched Trailblazer Ranch, a 75-acre retreat center in California used to host onboarding, training, skills building, and talent development for its employees. The goal is to increase connections among employees to remedy the top workplace complaint, according to a TravelPerk survey: the inability to interact face-to-face with others. 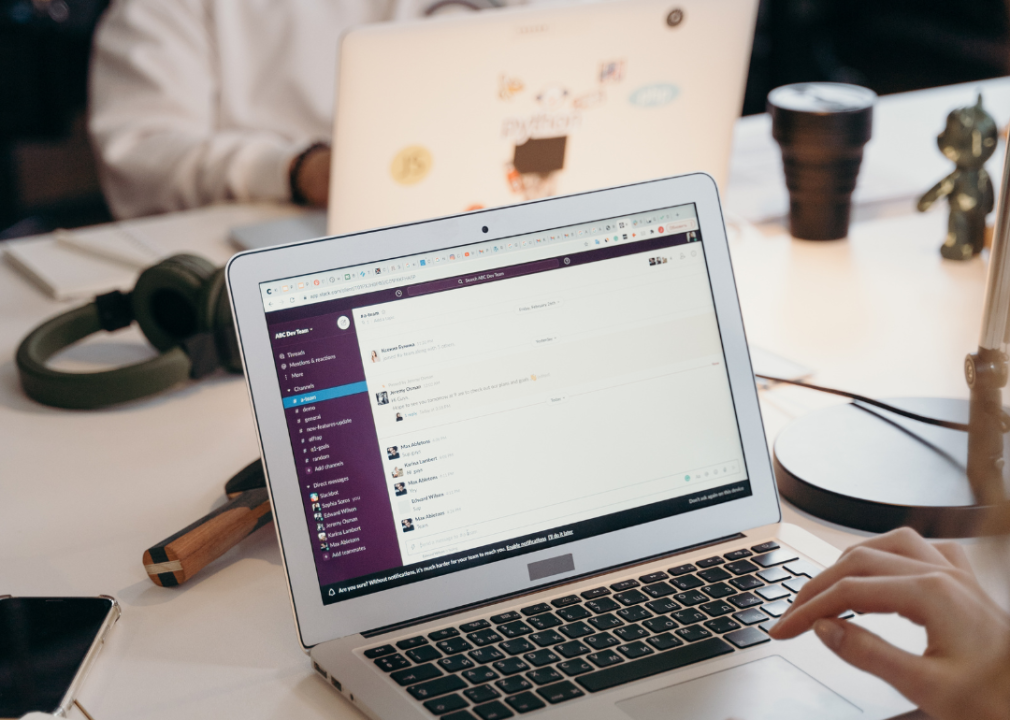 Move over, email: Half of Slack users would pick the platform over email for communicating with clients or customers. In fact, 96% of users said the app helps them forge better connections with their superiors.

The company has grown substantially in the last eight years. Slack brought in $6 million yearly with approximately 2 million active users in 2014. By 2021, company revenues were up to $902 million annually, and today 20 million people log in to Slack to get their work done, with 10 million doing so daily.

About twice as many companies pay for Slack today than they did prior to the pandemic. According to Slack, 65 of the Fortune 100 use the platform in some capacity, and 1.5 billion messages are sent via Slack weekly. 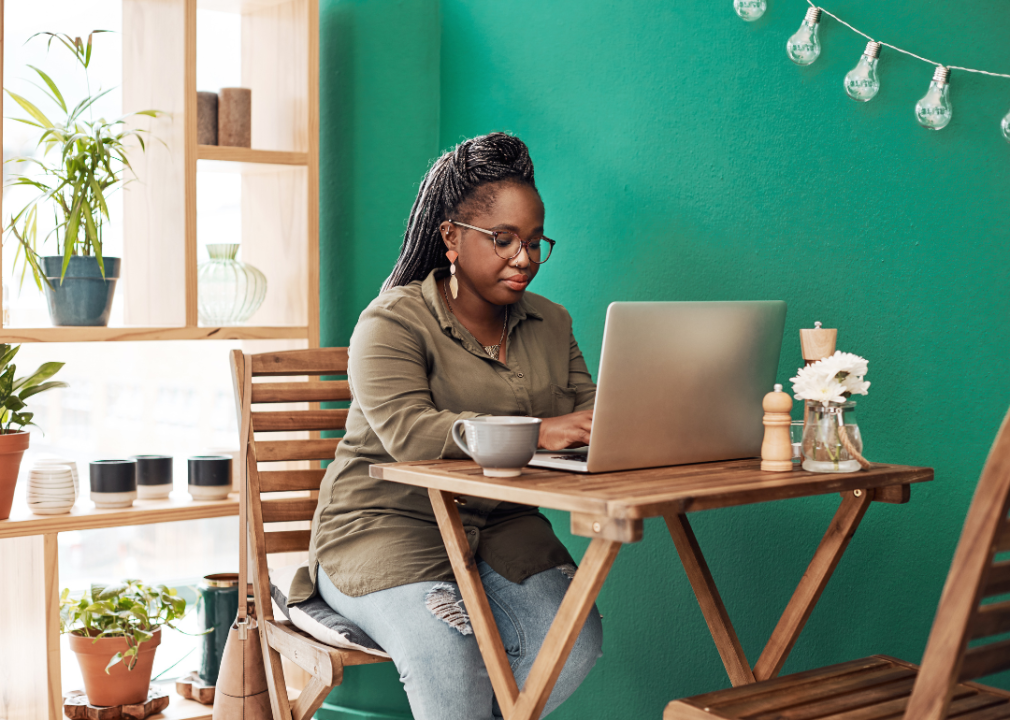 The concept of working from home has existed since the rise of the internet, but the COVID-19 pandemic supercharged the trend.

The daily commute has been shown to reduce job satisfaction for many workers. The pandemic led to 62.5 million fewer hours spent commuting per day in the U.S, according to 2020-21 data cited by the University of Chicago Booth School of Business. Meanwhile, 6 in 10 workers reported they're more productive working from home than in the office.

While most people who can work from home will do so, some do report some downsides. These can include less access to high-speed, reliable internet and for parents, demands from children at home.

This story originally appeared on Firmspace and was produced and distributed in partnership with Stacker Studio.

Other items that may interest you

Looking Back: 10 Years Ago: Harris named manager of Kemper Lake